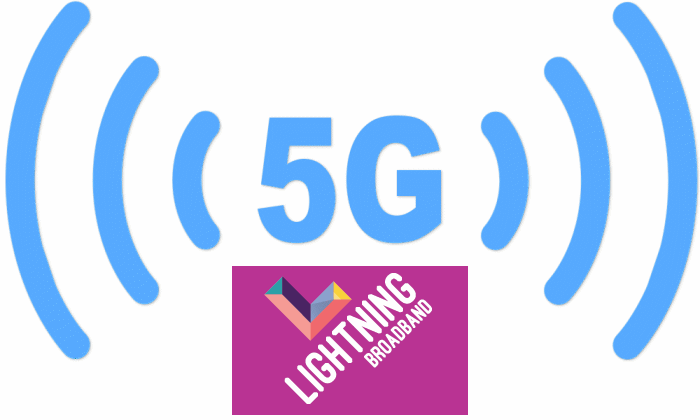 While many ISPs are still contemplating the impacts of 5G and how to implement the technology, Melbourne-based fixed wireless internet provider Lightning Broadband is already embracing it.

5G is an abbreviation for 5th Generation Wireless, which can provide much faster data communications than 4G and at lower latency (the measure of time delay from one point of a network to another).

While 4G was mostly focused around mobile services, 5G is where fixed wireless internet is really going to come into its own.

The non-NBN ISP's tower network has rapidly grown, from a single installation just a few years ago to 44 now dotted across Melbourne’s inner and south-eastern suburbs. More towers are in the works for Melbourne and given the demand for Lightning Broadband's services throughout Australia, the company is keen to broaden its horizons beyond Victoria.

What Lightning Broadband has in place at this point is only the beginning says Mr. Rich.

"Currently we're offering fixed wireless broadband plans up to 100 Mbps to residential and commercial customers - and that's typical evening peak speed, upload and download. But as 5G evolves, our infrastructure will evolve with it."

Even at 100 Mbps, that's a cracking pace. A HD movie in 1080p is around 5 gigabytes; so at 100 Mbps, it will take just under 7 minutes to fully download. Speeds like this aren't just a desirable thing with home users for entertainment purposes, but fast download and upload rates are becoming increasingly important for businesses too.

To provide an idea of what has already been achieved with fixed wireless, it was nearly 2 years ago that Facebook Connectivity Lab researchers achieved speeds of 20 Gbps - and over a distance of 13 kilometres. Using the HD movie example again, at 20 gigabits per second it could be downloaded in around 2 seconds.

"It's fast, robust and reliable. It's certainly a heck of a lot cheaper, easier and quicker to roll out - as the situation with NBN fixed line services has proven," says Mr. Rich.

Another important aspect of its services is the company's Fibre-To-The-Building (FTTB) zero-cost setup offering for apartment building developers and body corporates. While currently enabling apartment owners and tenants access to plans boasting 200 Mbps upload/download, this will soon be expanded to include 500Mbps/500Mbps plans.