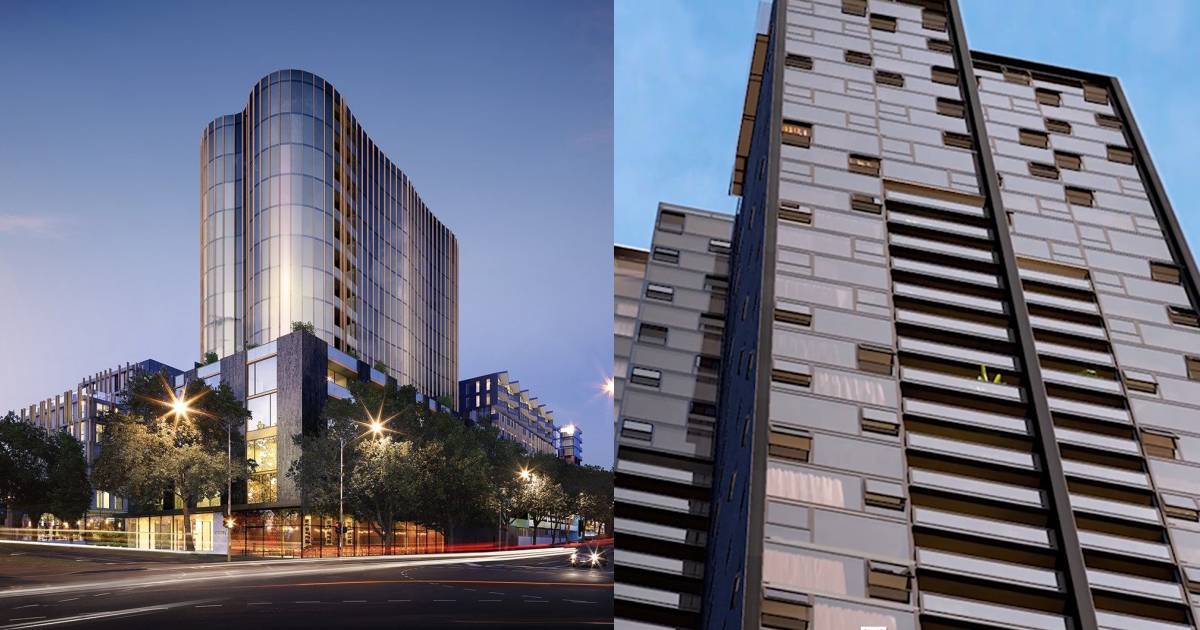 It's been a busy week for Lightning Broadband, with two deals signed involving the provision of broadband services to hundreds of apartments - including the ISP's biggest single project to date.

Soon to make an appearance on the company's already lengthy portfolio page will be West End (above left), situated at 185 Rosslyn Street West Melbourne.

Lightning Broadband will be installing its Fibre-To-The-Building (FTTB) technology for the five-building development, which consists of 442 residences above a vibrant public realm and retail premises.

All apartments will  be provisioned for internet access speeds of up to 500 Mbps download and upload, depending on the plans chosen by residents. For those who have an insatiable need for speed, they'll also have the option of upgrading to a 1 Gbps/1 Gbps business-grade plan. All broadband plans will offer unlimited data.

Earlier in the week, Lightning Broadband also finalised an agreement for providing FTTB connectivity for Palladium Tower (above right) at 251 City Road, Southbank. Another huge project, the company will provision superfast broadband access for 281 residences.

Additionally, towers will be installed atop buildings at both projects to beam 5G fixed wireless services to homes and businesses in the surrounding areas.

"Securing two such significant projects in less than a week has been a major accomplishment for us," he said. "Particularly in the case of West End - not just because it's our biggest single project so far, but also that the agreement was three years in the making."

With the ink now dry on both contracts, the Lightning team are eager to get started on both new projects.

"Providing blistering fast connectivity is a genuine passion for our team," said Mr. Rich. "It's always very satisfying to complete projects we know can run rings around the NBN and provide building residents and tenants a stellar internet experience".

While much of the company's work has been centred around the Melbourne metropolitan area to date, the Lightning Broadband brand will become more prominent Australia-wide - the result of a substantial funding facility recently secured to support the firm's  national rollout of high speed fibre internet to residential and greenfield commercial developments.

Developers and building owners wanting to learn more about the many benefits of Lightning Broadband, including its very attractive zero-cost setup and maintenance approach, can contact the company on 1300 596 426 or via this form.