Atherton & Atkinson, an apartment/commercial development situated in the heart of Oakleigh in Victoria, has incorporated super-fast internet connectivity for its residents – without the NBN.

In addition to quality inclusions and being located in a sought-after area just 25 minutes from Melbourne’s CBD, the upper levels of Atherton & Atkinson offer fantastic views toward the city.

On moving into the building, apartment residents simply plug in a compatible router or device into the Lightning Broadband enabled wall socket and are then automatically provisioned to the platform.

After choosing one of the very reasonably priced unlimited data broadband plans, residents will then be set to experience the internet at blistering speeds of up to 100 Mbps – both on upload and download. Voice over Internet Protocol (VoIP) telephony is also available as an option. 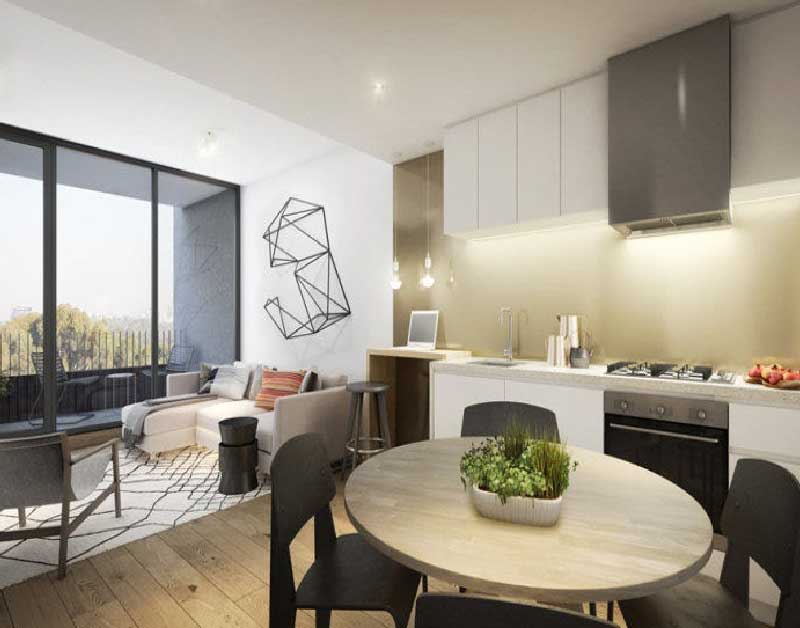 “What we’ve installed in Oakleigh and at developments elsewhere makes other solutions look overpriced, clunky and antiquated.”

SUPER-FAST BROADBAND BENEFITS BEYOND THE BUILDING

The height of the Atherton & Atkinson development is also bringing benefits to businesses and residences in the surrounding area.

Lightning Broadband communication towers have been installed on the building’s rooftop, which will enable other homes and businesses in Oakleigh within line of sight to take advantage of the company’s low-contention and speedy internet connectivity.

In addition to 100 Mbps unlimited data plans for residential applications, Lightning Broadband offers a range of commercial plans for businesses – with speeds of up to a staggering 1,000 Mbps.

“The benefits of our leading technology for residents and businesses are obvious. For apartment building developers, incorporating Lightning Broadband provides significant value-adding without adding any cost to a build, upgrade or retrofit – and can be implemented with zero disruption to construction activities.”

Situated at 185 Rosslyn Street West In Melbourne, West End is designed to be the ultima...
Read More

Atherton & Atkinson, an apartment/commercial development situated in the heart of Oakle...
Read More