A growing trend among apartment developers in the Australian city of Melbourne is the inclusion of non-NBN fast broadband access for residents, which helps their buildings stand out from the pack. 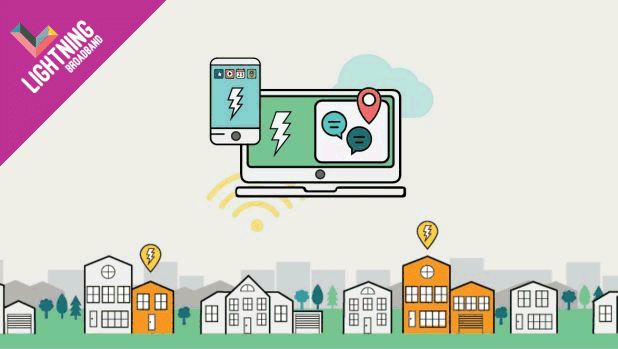 With more Australians telecommuting and online applications becoming increasingly data-intensive, fast broadband has graduated from a wish-list item to a must-have service.

Melbourne's Lightning Broadband was kept busy in the final weeks of 2017, bringing another five buildings online in the suburbs of Elsternwick, Southbank, South Melbourne, Elwood and West Melbourne.

The big finish brought the company's apartment building portfolio into the double-digits, achieved in just over a year. A showcase of Lightning Broadband's apartment projects can be viewed here.

"It was a huge end to the year for us," said Lightning Broadband CEO, Jeremy Rich. "It was great going into the holiday period knowing that residents of these building were able to stream high-definition video and engage in other online activities to their heart's content; without worrying about a lack of speed or bandwidth."

Lightning Broadband provides its fibre-to-the-building (FTTB) services to apartment developers at no cost - a very attractive proposition given NBN setup can cost developers many thousands of dollars. Lightning Broadband's solution can also be retrofitted to existing buildings with minimal disruption.

Once a building is hooked up to the service, residents simply connect their compatible router to the provisioned Lightning Broadband wall socket and choose from a range of unlimited data plans. They are then set to cruise the web at breakneck speeds of up to 200 Mbps (upload and download), depending on the plan chosen.

"Everyone wins from the arrangement," said Mr. Rich. "Developers receive cutting edge internet connectivity technology at zero outlay that can attract more apartment buyers, and residents no longer have to put up with sub-standard internet access they may have experienced previously."

The company also provides business connectivity solutions offering speeds of up to a blistering 1,000 Mbps; upload and download.

One of Lightning Broadband's recently completed commercial projects involved bringing fast and reliable connectivity to an internet black spot in the Melbourne suburb of Cremorne (Richmond). Participating businesses have benefited from an increase in productivity and an end to connectivity-related frustrations.

A range of home broadband plans for stand-alone residential customers is also available from the company, with symmetrical services offering unlimited data and speeds of up to 100Mbps that are delivered over tried and tested fixed wireless broadband technology.