It appears many more Australians just became aware the NBN isn't the only fast broadband game around. 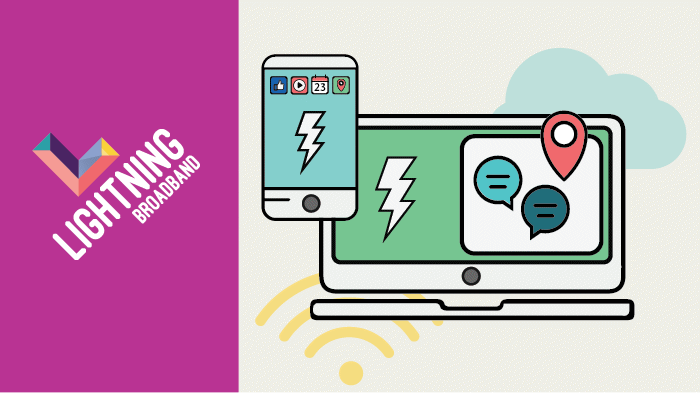 A recent article published on the The New Daily about NBN alternatives triggered a flood of enquiries for one of the companies mentioned, Lightning Broadband.

"We received hundreds of registrations of interest within the first 24 hours of The New Daily article being published," says the company's CEO, Jeremy Rich. "We're hearing from households and businesses across Australia that they are frustrated with the NBN - they certainly want alternatives to choose from."

A recent report from the Telecommunications Industry Ombudsman (TIO) confirmed this increasing frustration. Complaints relating to the NBN jumped 160 per cent in the last financial year, and the Australian Competition and Consumer Commission recently announced an inquiry into NBN wholesale services.

Established in 2015 after the completion of a successful pilot community project, Lightning Broadband operates entirely independently of the National Broadband Network and has no association with NBN Co.

The company delivers services by running its own fibre to a central tall building in an area and then installs wireless technology to deliver superfast internet access to customers within line of sight of that building; or other buildings that have repeater stations installed. The company acquires backhaul from leading tier-1 providers including Vocus, PIPE and AAPT.

Unlike NBN plans, the company's services are symmetrical; meaning upload speeds are as zippy as download rates.

As well as providing internet access to households and businesses, Lightning Broadband has proved particularly popular with apartment developers seeking to offer fast connectivity to residents. The company currently has eight activated apartment projects in Melbourne and many more in its pipeline. In some cases, activated buildings also have transmission equipment installed to provide service to other households and commercial enterprises in the local area.

Lightning Broadband also recently completed a project addressing a notorious internet blackspot in a commercial district in the inner Melbourne suburb of Richmond. Businesses previously struggling with slow speeds and unstable connections provided by other ISP's are now accessing the web at breakneck speeds, boosting productivity.

While Lightning Broadband isn't currently available across Australia, the company still has its sights set on rolling out where demand is at a level to support the investment required, and local geography and infrastructure is suitable for delivering a fast and reliable service.